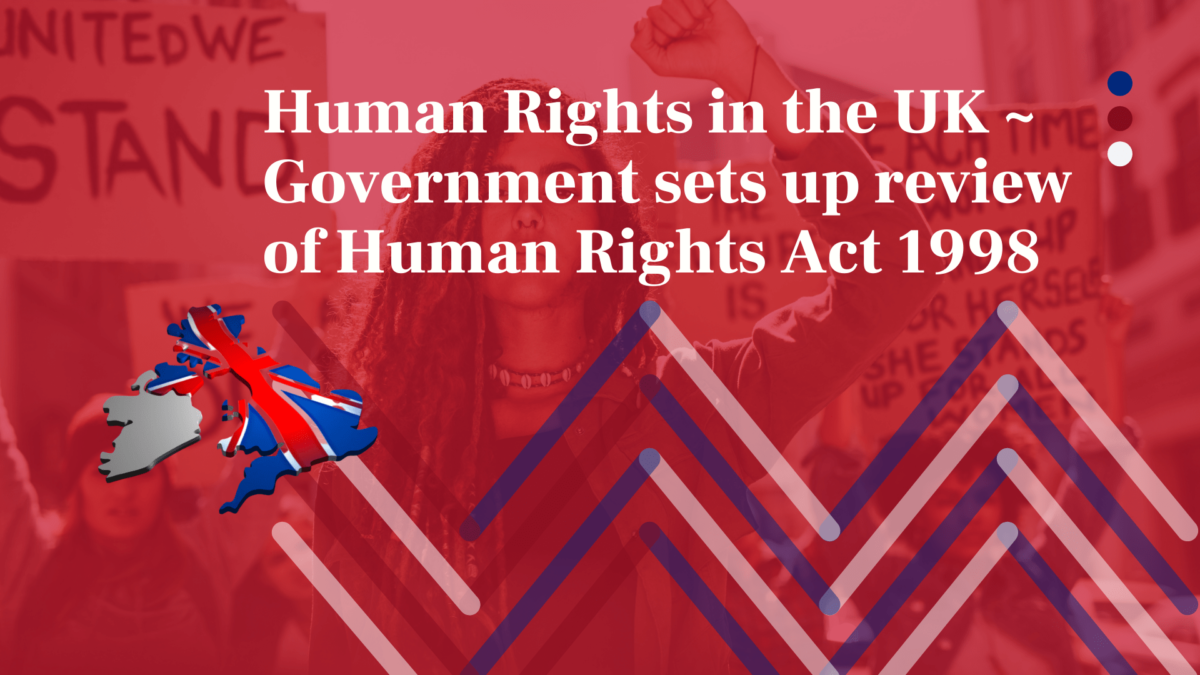 The Conservative Party 2019 manifesto claimed that the UK ‘has been a beacon of freedom and human rights’ and would continue to be so.

The same manifesto also contained a commitment to ‘update the Human Rights Act and administrative law to ensure that there is a proper balance between the rights of individuals, our vital national security and effective government.’

Attacks on lawyers and human rights:

Recently, the Home Secretary has criticised the work of ‘activist lawyers’ in the context of immigration and asylum cases.  During her speech to the Conservative Party Conference on 4 October, Patel intensified her targeting of  “do-gooders” and “lefty lawyers”. Two days later the Prime Minister went even further, telling the annual Conservative conference the criminal justice system was “being hamstrung by lefty human rights lawyers”.

This may be red meat for the political party faithful but attacking lawyers for working within the law to represent their clients is utterly irresponsible and potentially dangerous to individuals. In mid-September, the Metropolitan Police informed the Home Secretary that it was suspected that a far-right extremist had attempted to carry out a terror attack at a solicitors’ firm in London – The Guardian 25 October.

Protection of Human Rights in the UK:

The UK is a founder member of the Council of Europe – (which is NOT the EU). The European Court of Human Rights operates under the aegis of the Council of Europe.  The European Convention on Human Rights came into force in 1953 and binds the UK in international law. The ambit of the Convention has been extended from time-to-time by various Protocols. For example, Protocol 13 abolishes the death penalty in all circumstances and States may not derogate from this.

The Convention provides that signatory States are bound by judgments of the E Ct HR to which they are a party. The State is then expected to implement the judgment. The UK has an excellent record of compliance but the question of prisoner voting was one area where the UK was reluctant to act – see House of Commons Research Briefing 19 November 2020.

The Human Rights Act 1998 has required public authorities in the UK (including the courts) to act compatibly with the European Convention. The Act does NOT enable the courts to ignore Acts of Parliament but it does require them to read legislation, as far as possible, in a way that is compatible with human rights.

If the court (High Court and above) finds that it cannot interpret the legislation in a compatible way then  a declaration of incompatibility may be issued. This brings the incompatiblity to the notice of the government and the Act contains a “fast-track” procedure for amending the law.  Whilst the government does not have to change the law in such a situation, it has generally done so.

Political attacks on the system:

Over recent years, protection of human rights in the UK has been under attack largely from Conservative politicians even though a formal move to start a process of reform has been left to one side. That is probably because of the demands of Brexit.

Six years ago, I wrote on this blog about the Conservative Party’s earlier ideas for reforming human rights protection in the UK – Post 6 October 2014 .  I wrote –

‘There is clear dislike (even hatred) by certain Ministers of the European Convention on Human Rights (E Conv HR); the European Court of Human Rights (E Ct HR) and the UK’s own Human Rights Act 1998 (HRA 98).  This attitude undoubtedly stems from the simple fact that the system of human rights protection acts as a check on Ministerial (executive) power.  It exists to protect the individual – ALL individuals – from the untrammeled power which the State might otherwise exercise.  It appears that Ministers think it is best to water down or remove the existing protections whilst, if they can, maintaining a facade of adherence on the international scale.’

As things stand, I see no reason to resile from that statement. For example, currently before Parliament is the Overseas Operations (Service Personnel and Veterans) Bill which seeks to make provision about legal proceedings and consideration of derogation from the European Convention on Human Rights in connection with operations of the armed forces outside the British Islands.

As the transition (or implementation) period draws to a close at the end of 2020, the government has announced a review of the Human Rights Act – see the Government Press Release 7 December 2020.

The announcement states – ‘The UK remains committed to the European Convention on Human Rights. The review is limited to looking at the structural framework of the Human Rights Act, rather than the rights themselves.’

The review will be led by former Court of Appeal Judge, Sir Peter Gross, and will consider if the HRA needs updating after two decades of being in force.

‘As promised in the Manifesto, it will take a fresh look at the Act – how it operates and protects human rights – to ensure it continues to meet the needs of the society it serves.

Specifically, the review will consider:

There is no doubt that the European Convention in combination with the Human Rights Act 1998 offers individuals in the UK strong human rights protection. Any proposals to alter this protection must receive the most anxious scrutiny no matter how eminent the source of the proposals. 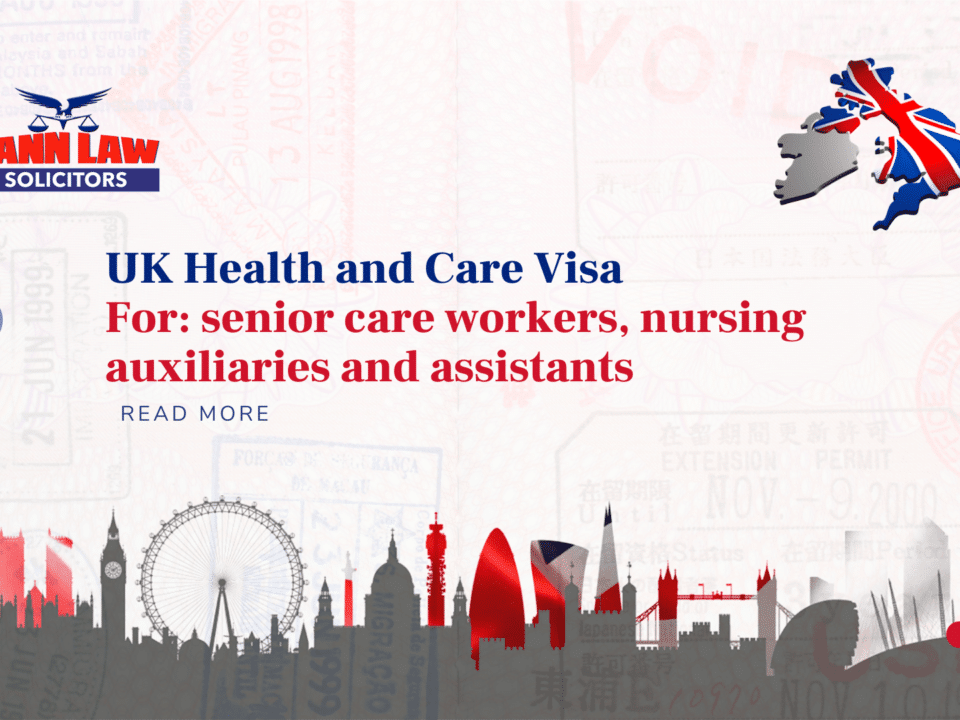 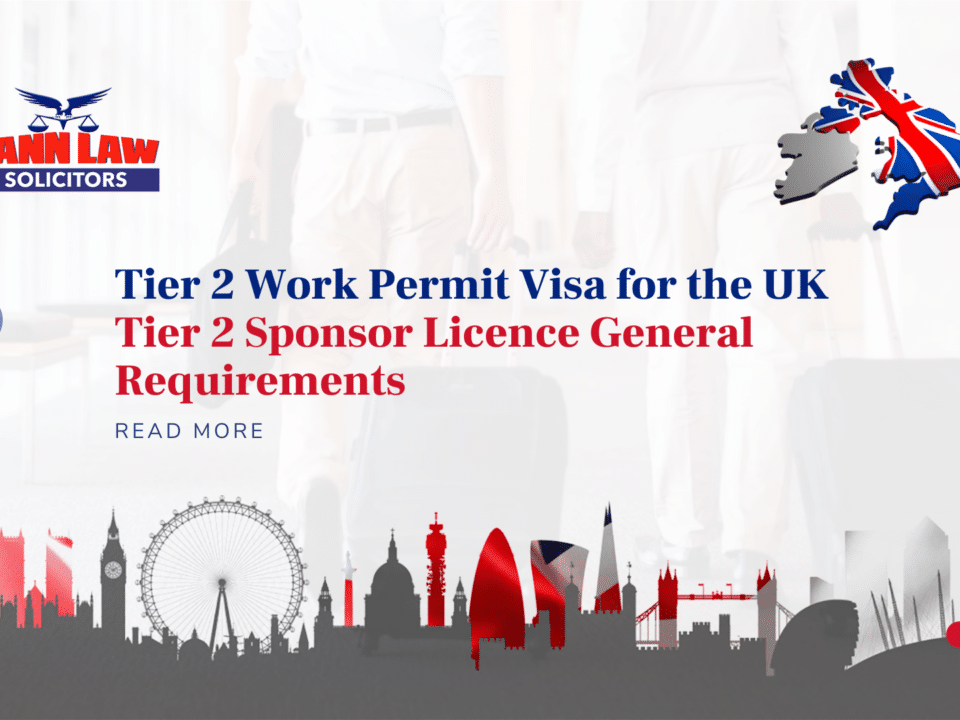 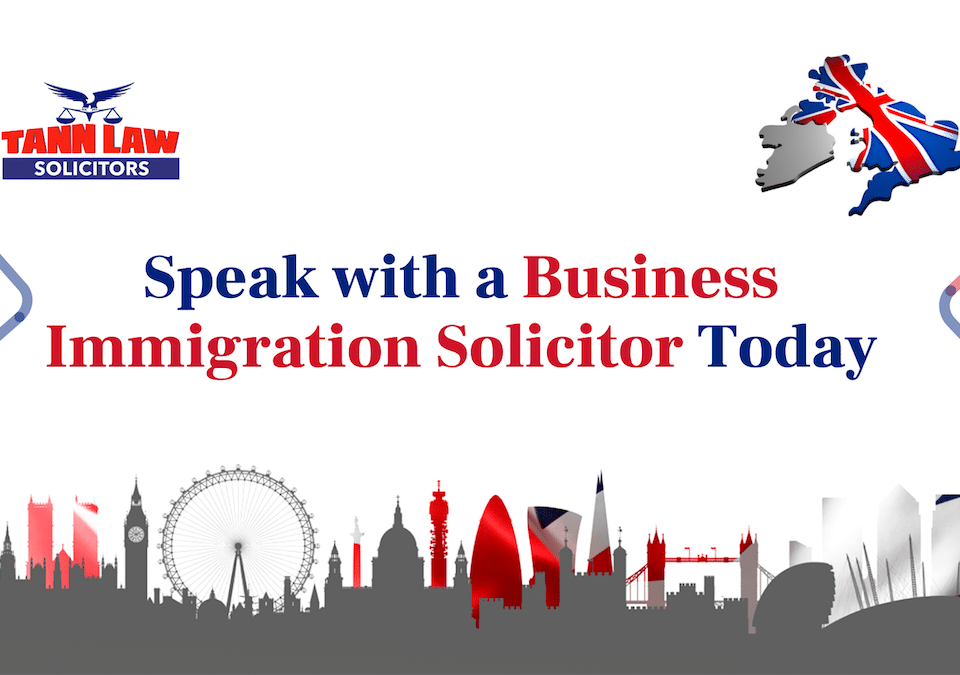 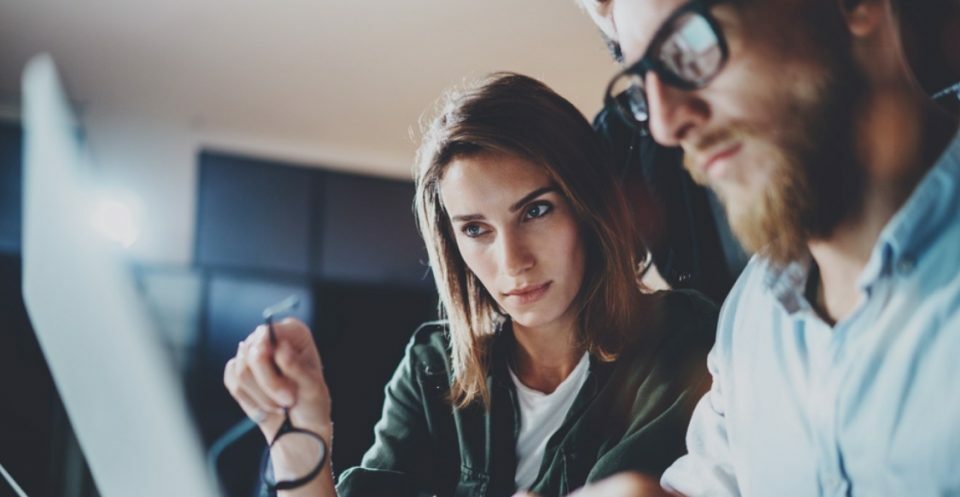 From digital adoption to technological innovation

John Singende
20:29 26 Feb 21
I’ve used Tann Law Solicitors on two separate occasions and I can not thank them enough! Special mention must go to... Fahana who held my hand through both times. Her confidence, communication, efficiency, professionalism and not least patience were immense. Even after I realised how silly some of my questions were, there was never a moment I could say that she lost her composure. She kept me informed at every step, making sure that I also had everything required. Needless to say I succeeded in both instances, and once again, I can not thank them enough. I also wouldn’t hesitate to recommend them . Thank you Fahanaread more

Detective Lionel
15:33 25 Feb 21
They are very professional and supportive throughout the journey. They will be there for you when ever you need them. I... recommend them 100% to anyone who is having immigration issues.read more

Eunica
23:27 14 Feb 21
I would like to thank Tannlaw Solicitors especially Andrew and Mary for the great service that they provided to myself... and my family. As soon we engaged straight away things started moving. Am so happy and pleased. Very professional. I would recommend Tannlaw Solicitors 110%.read more

Chipo Matende
07:35 10 Feb 21
I am blown away by your integrity and all the hard work you did on my behalf. I will always be grateful for all of your... efforts .Thank you Rumbi Bvunzawabaya and Farhana . Thank once again Tann law Solicitors .Above all ,’ All the praises to God Almighty”. 👏👏👏read more

Stephen Chimunye
21:31 02 Feb 21
What a professional service me and my family experienced when we were dealing with staff members at Tann Law, in... particular Amir and Andrew. This gives me confidence to refer anyone who will ask me about your services. Please keep up with the excellent works.read more

july jaji
21:14 21 Dec 20
Very professional and efficient practice would not hesitate to recommend Tann Law Solicitors to anyone Amir Ali is just... a marvel to work with I believe he has solutions to most related challenges.Thank you Andrew Nyamayaroread more

Taurai Zuva
16:28 05 Dec 20
Very professional service throughout. Working with Amir Ali was an absolute pleasure and he is a valuable asset to the... company. Highly recommended with satisfaction guaranteed.read more

Ghulam G
22:45 01 Dec 20
I would like to thank Mr. Andrew Nyamayaro at Tann Law Solicitors Ltd, for all his assistance. His legal expertise and... professionalism went above and beyond my expectations throughout the course of my case. Sincere thanks are also due to Mr. Melch Riyo and Ms. Alexa Shepherd for all their kindness and support. You and your staff have been indispensable during this difficult time. I really appreciate your guidance throughout my case. I wish you continued success in your practice.read more

Sandra Zengenene
23:09 29 Nov 20
I am really pleased with the help and support I got from Yvonne G and team with my case ,very professional.

Fifties Phillips (Real Life with Sylvia)
01:53 26 Nov 20
My name is Sylvia Moyana. I contacted Tann Law Solicitors concerning my visa. Million thanks to Rumbi and Farhana,... words fail me, what I can say is they are professionals who know what they are doing. I highly recommend their services to anyone.read more

Maka Nyikadzanzwa
13:07 03 Nov 20
greatly appreciated,the team is very professional and responsive ,they give good quality job.many thanks especially to... Amir ,and Andrew Nyamayaro for the job well done.read more

Amer Bakkali
16:29 18 Sep 20
I'm just very happy and pleased. I would like to thank and send all my best wishes to Tann law solicitors agency and in... particular Amir who has helped us with my Spouse Visa application and could get the application granted. The service that Amir has provided us was very professional, informative, responsive and he made the process so much easier with his amazing experience and efficient work. Today is an amazing day for me and my british wife as we finally can stay together in the Uk and establish our life together. Also I would like to thank Mr andrew the principal who was very helpful and has given us all the the details we needed to know. I highly recommend Tann Law solicitors to anyone who wants to receive a high quality service, efficient and professional work and get their applications approved Kindest Regardsread more

Kuzi kafunse
18:48 16 Aug 20
After my application was rejected several times, I contacted Tann Law Solicitors who advised me to make a fresh... application. The application was successful. Since then, I have always made the home office application through Tann Law Solicitors.This time I was assisted by Amir Ali. He is very professional, hard working, polite, good communication skills. He is so good that he makes one feel comfortable while maintaining the boundaries. Ask for Amir and you won’t regret! Agatha.read more

MissWinner Alltheway
10:06 17 Jul 20
I am really happy with the service I got from Tann Law Solicitors. A special thanks goes to Mary and Andrew for... personally handling my case. I highly recommend your practice to anyone searching for your services. Keep up the good work. Thank you and well done guys.read more
Next Reviews

Any cookies that may not be particularly necessary for the website to function and is used specifically to collect user personal data via analytics, ads, other embedded contents are termed as non-necessary cookies. It is mandatory to procure user consent prior to running these cookies on your website.